Previously, I had decided to highlight that photographs cannot be stolen due to the method and creativity which underpins each photographer.

It is stimulating to take inspiration from another and recreate a derivative or new work of art.  What then is the difference between stealing or copying an idea or paying homage to another artist?

We all see the world in different ways and from the outset that was a core theme.

This project, enabled me to realise that just as I sometimes dismiss others photographic work, it’s ok for others to do the same of mine.  In fact, I encourage it.  This is just what I do, and there is a need to do it.  Who cares if it’s accepted or not?  It’s ok to photograph the mundane, the depressing and the state of our world today which for many is of personal routine and the uninteresting.  What then of destroying the artistic ideals of others when attempting to display an emotion.  Not an emotive image, simply shooting a replacement photograph to break the original idea.

I consider it impossible for viewers outside an extremely small collective to fully appreciate these photographs but different conclusions and questions may arise nevertheless.

We all see things in different ways, two different people can view the same object, or have an affinity for a thing, a person, an event or a way of living and process their experience differently, eliciting a difference in perspective.

At the start of this project I knew that it would be challenging to combine ideas from 10 different artists and explored ways of harmonising the set to ensure that my presence is felt within the new photographs that I was creating.  That it may be too difficult to combine different ideas from different people and found myself exploring ways to harmonise them.  I never settled on an idea, initially it was to invade the photograph with my presence, with shadows, with fingerprints and even with my own blood.

A sweat, blood and tears overlay concept was considered to visually connect the images together, I found that this did not work as I wanted to convey that photography is more than what can be seen externally as photography really isn’t just about what you can see.

“Way’s of Seeing’s” theme was in conflict until I felt something I wanted to photograph.  I’ve not taken many photos lately, I’ve simply not been in the mood.  Life got to me and I began to shut down, piece by piece.  I became emotionally fractured, damaged and I ceased to be myself for a long time.  I was emotionally broken.  It’s what I felt, and who wants to take photographs at a time like that unless it’s a method to release pain and angst?  In these images I wanted to convey the sense of my own inner conflict, the sense that I am broken and this became the over-arching theme for the final photographs.

The more photographs I take and the critical photography theory I read such as Susan Sontag, Jean Baudrillard and other journals, the more I understand how to think about and use photography conceptually.  I photograph best when I’m in pain, and they are my best photographs.  Not unlike Sophie Calle who has said “Grief is inevitably a better subject than joy”, she argues. “When I’m happy I don’t photograph the moment to share with people on the wall of a museum. It doesn’t translate so well.”

It’s interesting, the more you get to know a person’s motivation for creating photographs, the more you see that reflected in their work.  Not just what’s in the frame, but in the way they create photographs and what people think about before even conceiving the photograph.

I’ve suffered with depression for a long time, I’ve tried medication but it doesn’t work well for me.  I can function though, I don’t need for anything, I work and more importantly, I play.  Who knows if it’s a genetic trait or the product of my terrestrial existence?  Depression is one of the driving forces for creating photographs and you may already understand that depression is a thread that runs though many of our great artists, I believe this is what attracts me to them.

It’s why I’m dismissive of some photography when presented with a sunset, or fantastical landscape, or macro of a small insect on a twig.  These are all technically perfect I’m sure but they just don’t make me feel anything.  My camera is an engine for me to express myself, not a tool to configure.  I don’t care about tack sharp images, I don’t obey the ‘rule of thirds’ I enjoy photographs which make me feel something, and I’m attempting to do the same with my own work.

My own work? – I often take down things, re-organise and dismiss my projects as worthless.  Sometimes I go for long periods without creating anything and leave gaps in places where there should be photosets.  People tell me my work is good, (I’m even qualified) yet I shun any praise because I do not believe it, when people tell me I have something to offer I tend to shut it out and stop taking photographs.

Low self-esteem, withdrawal, feelings of loneliness and worthlessness are all symptoms of depression.  Depressed people don’t function like ‘normal’ people and it’s incomprehensible to people who have never suffered it, you just can’t snap out of it – that would be too easy!

Yet, there I find strength, my inner self – the source of my creativity and if I were ever given the option to rid myself of this fucking disease I would pay harshly because my camera requires me to be this way.  It’s comforting to release myself to the camera (any camera) and let it flow on the rare occasions I do.  It’s not a therapy but it does allow me to see myself in a different light and it helps me to understand the world around me, it’s my way of seeing.

Consequently, these photographs have become very personal to me, even though they steal the idea and invade the visual aspect of others peoples photographs.  I couldn’t have created these photographs without first feeling something, and at the time I was broken.  The final photograph combines parts one and two of this project as it’s renamed to “…Broken”, completing the full set of twenty photographs, “Here I Am …Broken”.

I forgive myself for the erratic nature of my creativity, and I’m glad I’ve got this off my chest!

Originally published on 20th March 2013, “This is Our High Street (Reprise)” is near identical to the previous video. Both feature powerful images of recession and decline from our High Street. Dark and beautiful, this short documentary slideshow highlights the bleakness of our economic downturn.

However, this reprise features a slight twist, thanks to Jessops, who reopened today. 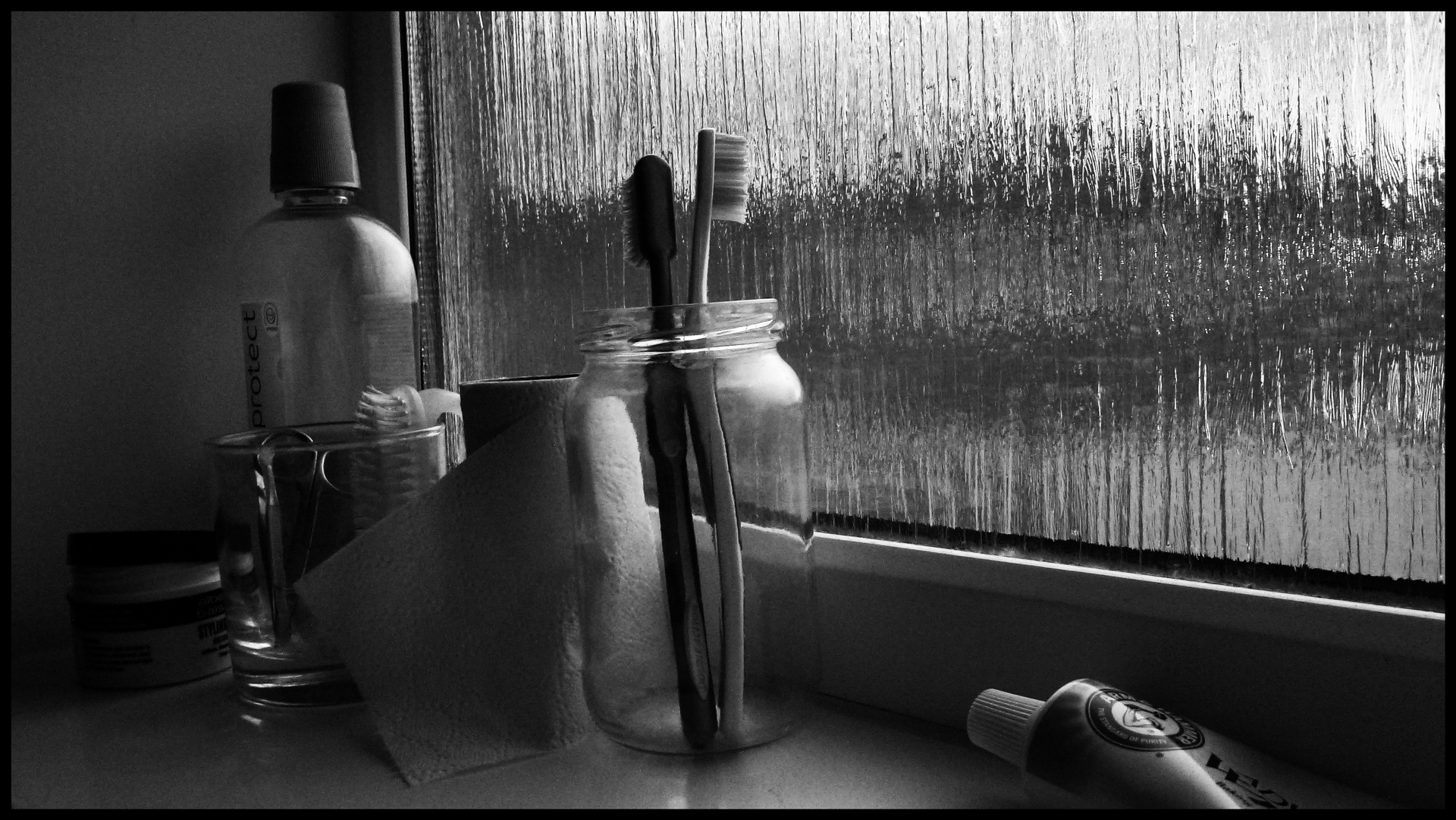 I love this house with beautiful windows

My friends say I must rest

They all say I must rest

So I rest in this room

(The room with the yellow walls)