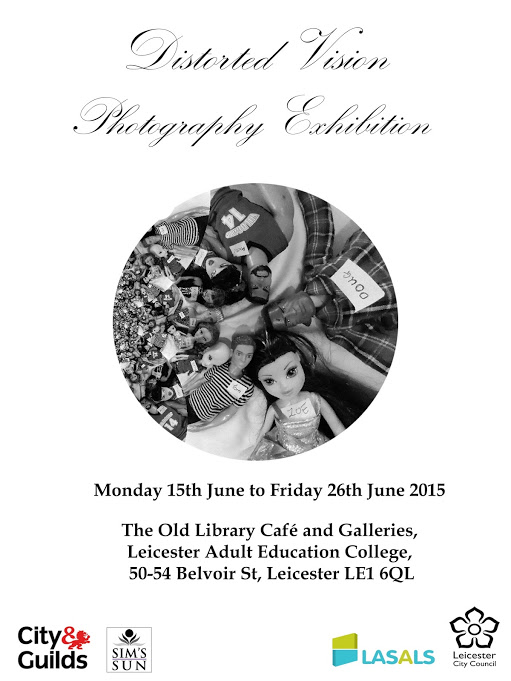 Following from the successes of previous Exhibitions “The Eleventh Hour” and “Finding Focus” this year, Award in Photography Artists present: DISTORTED VISION.

Distorted Vision celebrates the final year of our collaborations together over three years as our qualifications are achieved and we are delighted to invite you to our exhibition which is held from 22nd to 26th June 2015 at The Old Library Café & Galleries, 54 Belvoir Street, Leicester, LE1 6QL (map).

The artist’s work on display contains a diverse range of photographic genres including portraiture, self-portraiture, street, documentary, still-life, conceptual, art photography, landscape and post-photography.  The artists also use a wide variety of techniques both in camera and by digital manipulation to produce the work.

Our teacher, Zoe Van-De-Velde has said “There was no intention to just teach students how to use their camera and to ask them to take the standard shots. Their work should, though their creative process be a reflection of them. By this method the students could, over the time of the course become themselves though their images and ultimately forget their tutor’s existence.”

Of my own work, three titles shall be presented, “Left to our own devices”, “Road To Nowhere” and “ID²”

We do hope you are able to attend, should you live or work in this area.  Samples of my work can be seen at my portfolio: www.tomrobson.com.  If you have a project and feel my style is suitable for your needs, please contact me.  Selected artworks are available to purchase and I am available for hire.

The above titles did not translate well into photo projects, intentions were thought out and I’ve wrote about the concepts (unpublished because they do not relate photographically to this set).

What has become clear is that photographic projects may not always be appropriate despite a valid reason for the concept.  For example, “Political Correctness” is more ideal as an essay rather than photo project.  The photographs taken for “Motion Performance” did not effectively demonstrate what I wanted to achieve within a single exposure, nor did it provide an adequate set of abstract images.

Photography as a practice and format is currently in a state of flux, just as my own aspirations in photography are.  Last year, I compiled a 26 part photo essay titled ‘Coming or Going’.  The photographs represent a dream like state of two way traffic which asks the question “Are you/we/them coming or going”.  At the time I didn’t fully understand what I wanted to achieve with my photography and due to the sporadic nature of my own processes and cancelled or failed projects I decided to revisit the set and create a new ‘Post Photography’ set of images.

Recently learning about the importance of photographic display and the nature of photography (or more correctly, post-photography), I decided to search for alternative meanings in previous work while drawing on the inspiration of others.  Charles Grogg has said (referring to ‘regrowth: 2013’) that damaging or altering his photographic works brings his attention to them once again.  In his images, he manipulates the printed photograph to add further dimensionality to his photographs.

Adding dimensionality to existing photographs is a regular practice within post photography.  Brendon Fowler has said he uses photographs as material for sculpting work (Fowler: 2013).  This practice ensures the produced artwork is more than the original photographs.

For ‘Road to Nowhere’, I knew I wanted to damage my original photographs as a demonstration of my own approach in that certain projects may never materialise or simply be a facsimile of the original idea.  “Coming or Going” is ideal to develop further to add additional meaning.

By destroying the environment, by burning the roads, by eliminating the method to move within my photographs I and showing you that while I often hesitate in photography, the idea is still there and relevant to me and to the viewer today, just as it was when the original photographs were taken.

I am permanently on a road to nowhere. 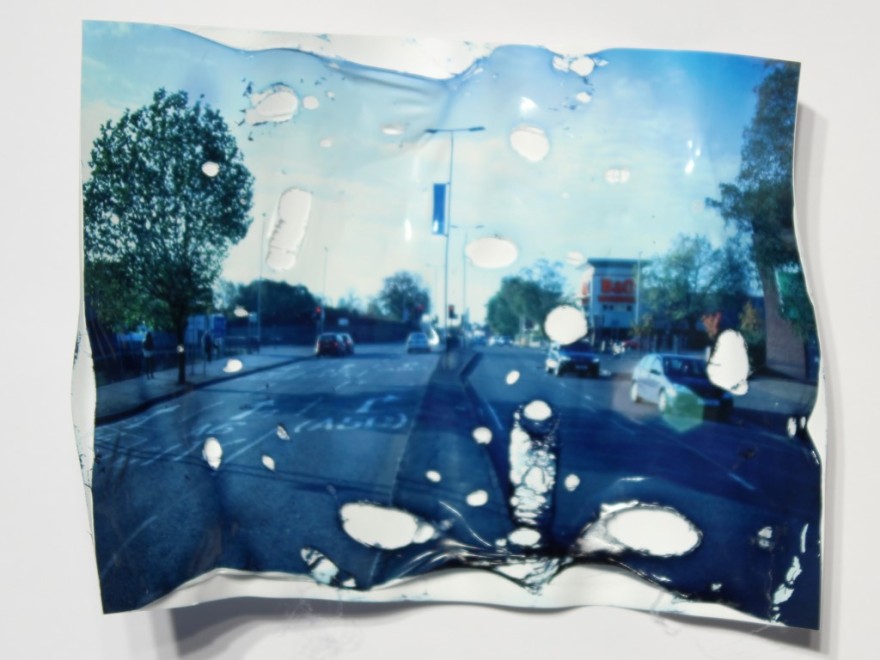 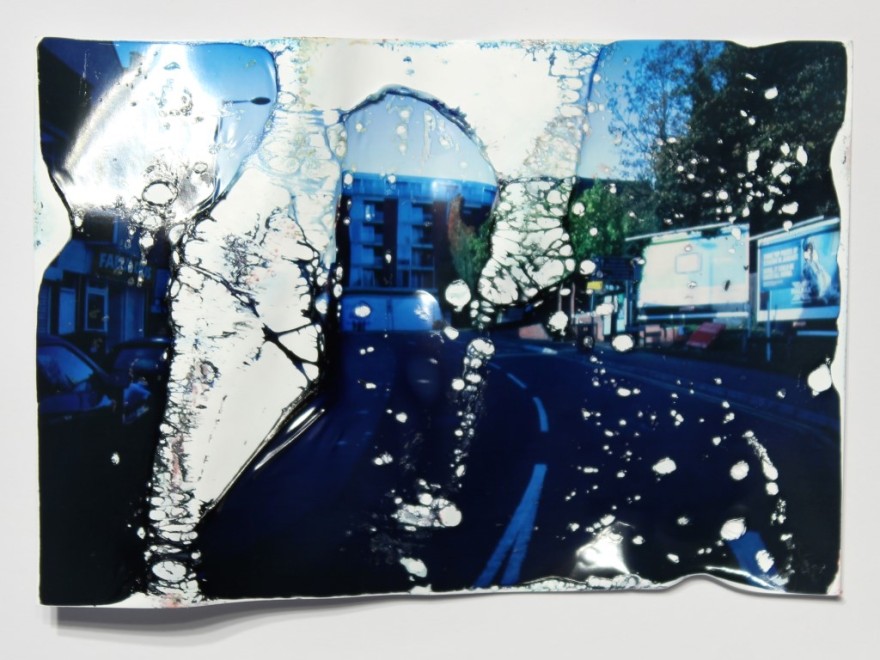 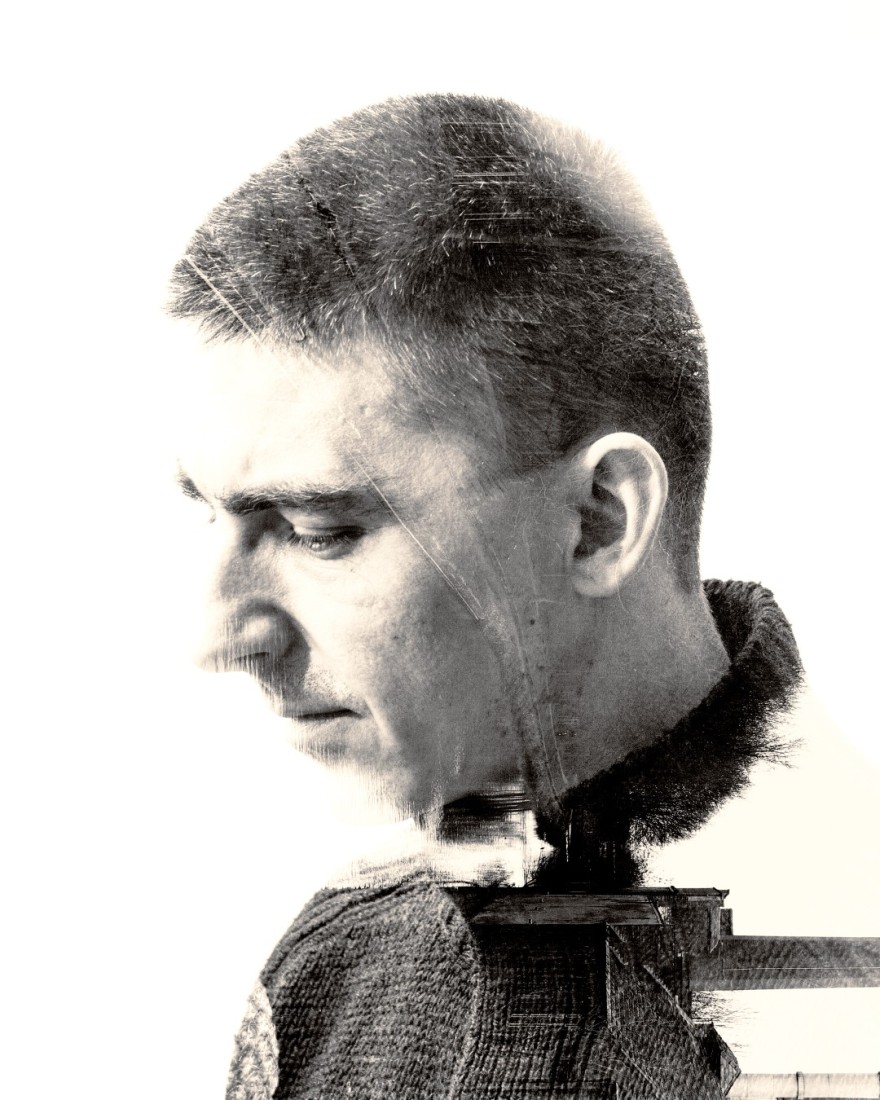 Posted on May 22, 2015June 13, 2015 Posted in PhotosTagged black and white, cybersex, doctor who, facefuck, robot, sexLeave a comment 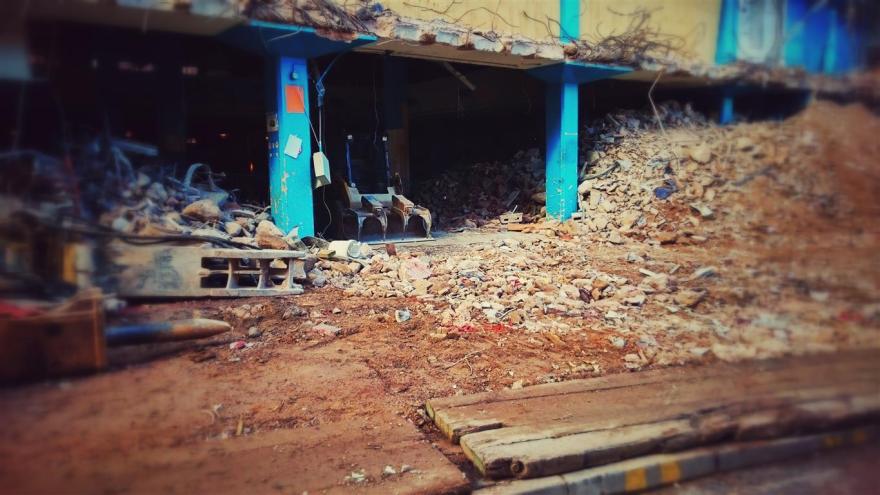 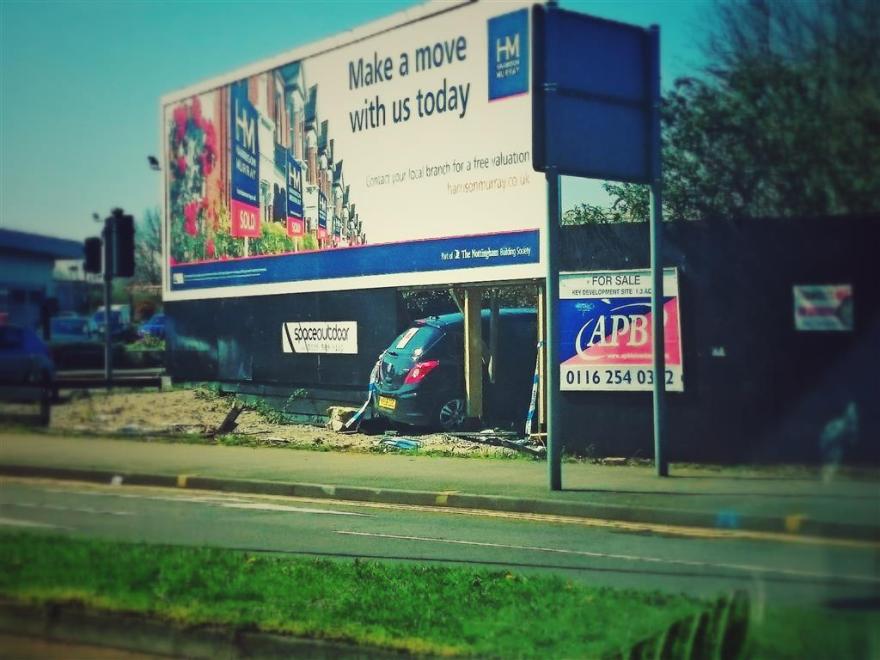 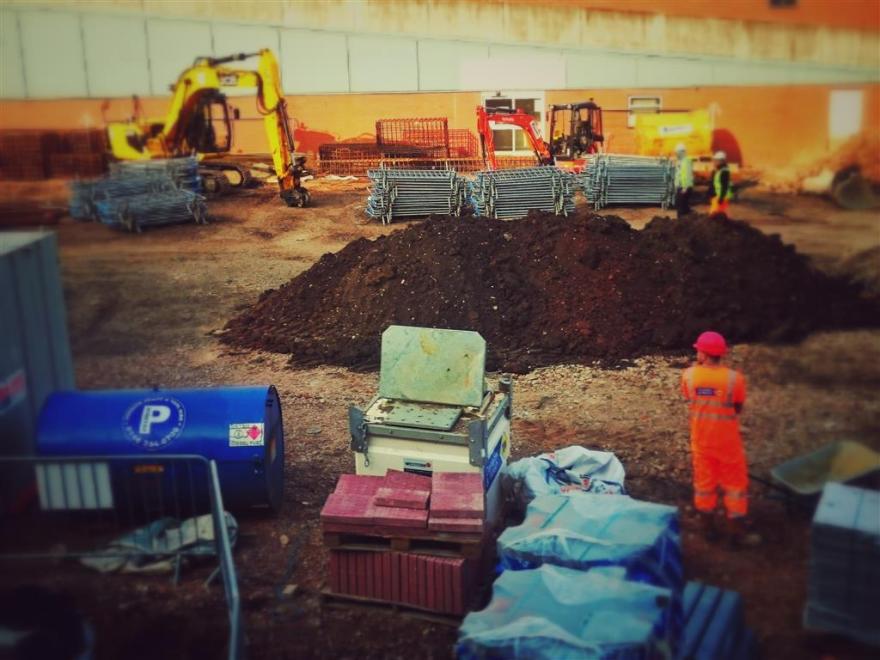 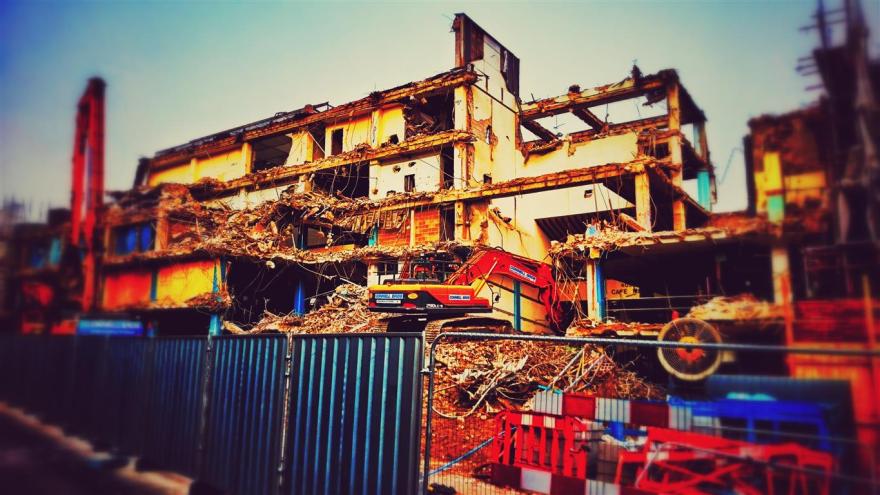 The everyday dangers in our lives. The lines of the war on health and the war on drugs become blurred.

To be unhealthy is offensive. 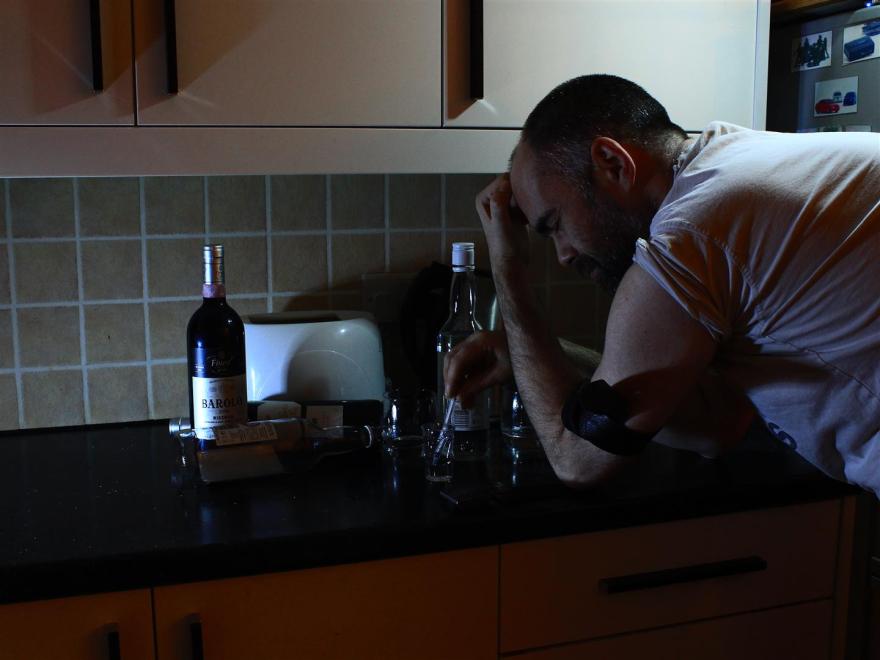 Technology has a capacity to make us feel isolated and lonely.  “Left to Our Own Devices”, is inspired by Banksy, who vandalised a youth club wall with a painting depicting two contemporary and smartly dressed individuals apparently embracing yet looking directly at their smart phones. (Banksy: 2004).  The image is familiar, it’s near identical both in colour, fashion and simulated lighting to Phillip Toledano’s image of a disenchanted couple staring anxiously at their devices for the May 2012 Atlantic article “Is Facebook Making Us Lonely”.  (Atlantic: 2012)

Typical commercial portraits intend to flatter its subject whereas conceptual portraiture is designed to entice you into the story.  There is a certain composure, often ignored yet seen daily which has only surfaced within the past few years.  This is what Toledano and Banksy have suggested with the message of preference to digital interaction than that of personal.

It is interesting to see how people really look when they are ‘engaged’; they see not the device or the technology in their hand but their connections to friends combined with new and old strangers, motionless as expressions and body language cease. 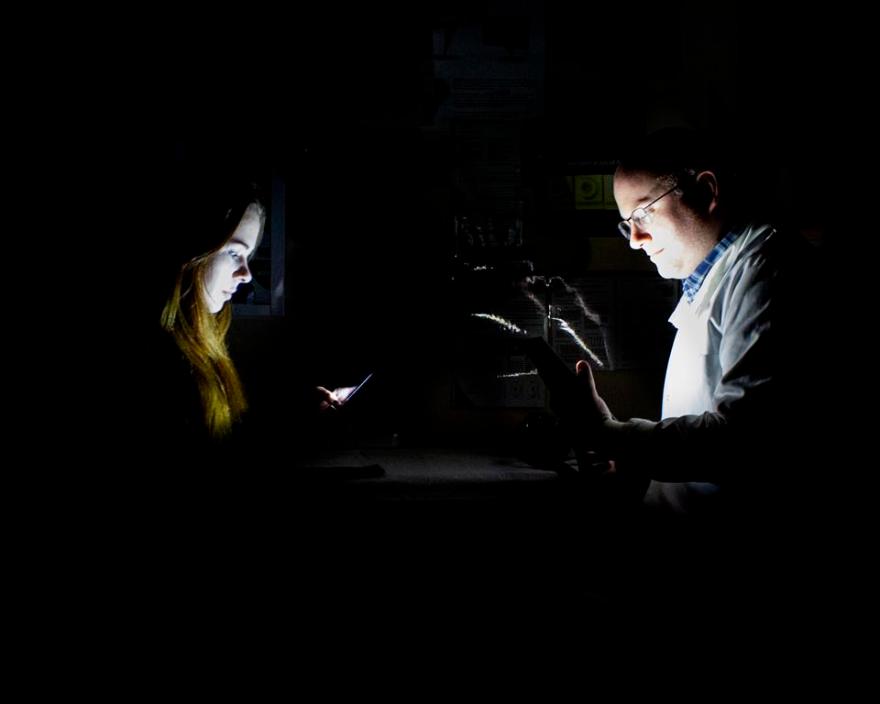 Edvard Munch originally pencilled his artworks both vertically and horizontally providing the central character with the illusion of motion.  “The Scream” was painted in nature, underneath a blazing red sky placing it in fear of its surroundings or of desperation from isolation. (Prelinger: 2010)

Left to our own devices releases an inner scream, silent – kept still by the inaction of the subject while encapsulating them within its source of light to the exclusion of all else. 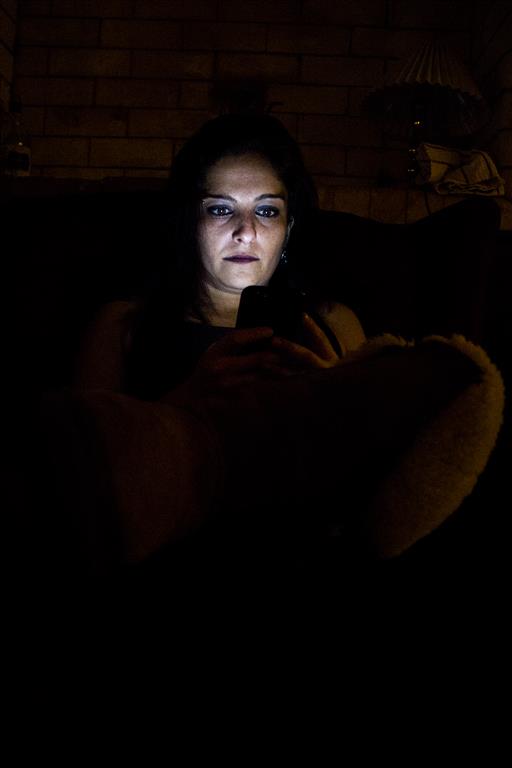 The stillness of the photographs is also a reference to the passing of time.  John Berger argues that original paintings (I infer photographs here) are silent and still in a sense that information never is.  (Berger: 1972).

We can remain static, fixed within the bubble.  Away from the physical, away from the vanity of outward appearance and existing behind a screen, true expressions secluded, sitting within a void. 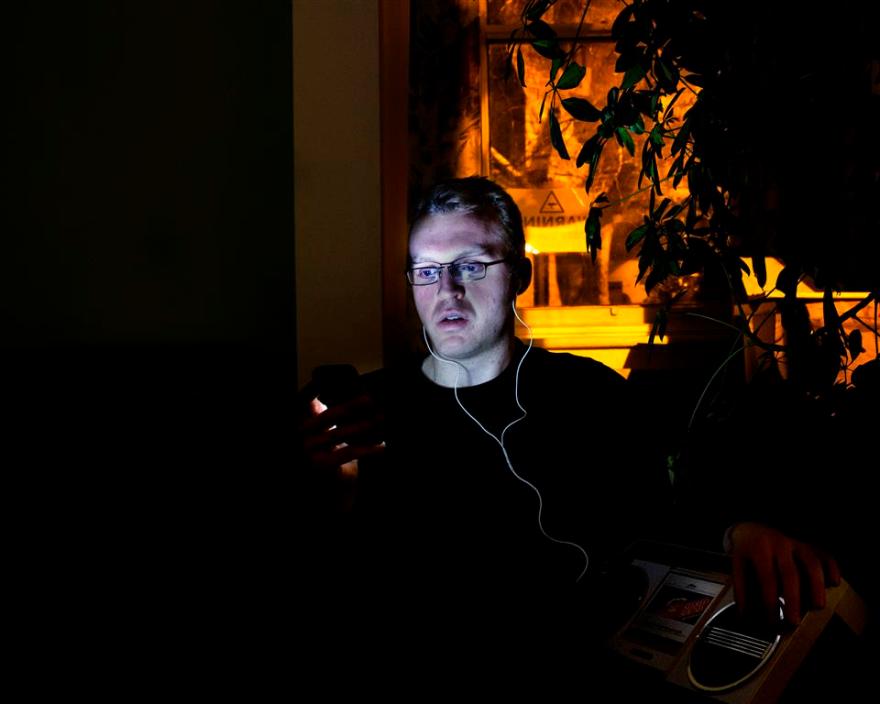 This is our portrait for the duration of time online.  How we really appear on social media yet how we’re perceived to those around us, in our comfortable and social environments.  Portraits evolve and we no longer show our most flattering side to the photographer.  The tangible self is lost to what’s inside, a mental space that no longer requires our bodies. 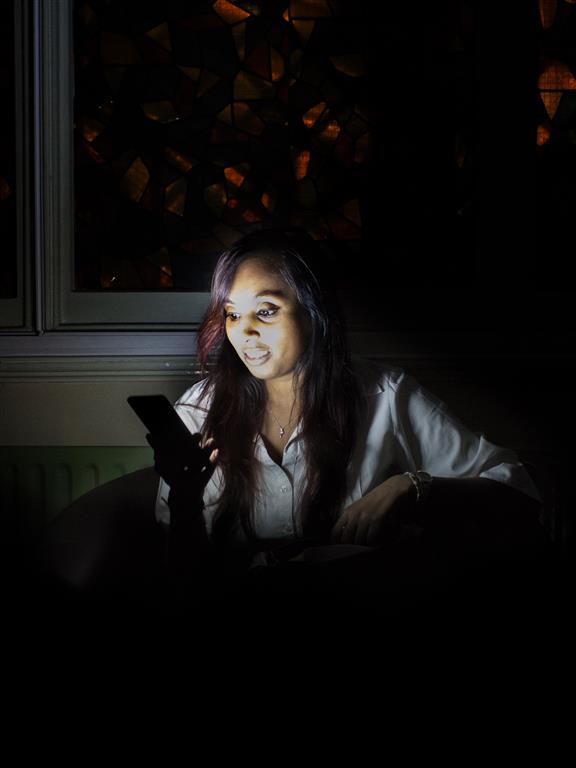 The world will go on without us, in fact Jean Baudrillard has spoken when humans disappear, when reality is left behind, our bodies are merely a phantom limb. (Baudrillard: 2007).  Once the photographer has identified the subject, they have already disappeared and what is left behind is a malady of the self which is never projected online. 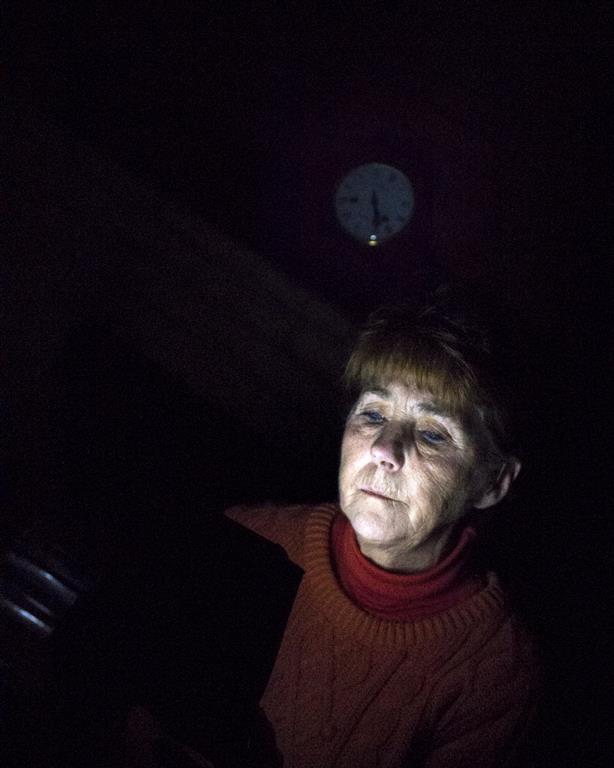 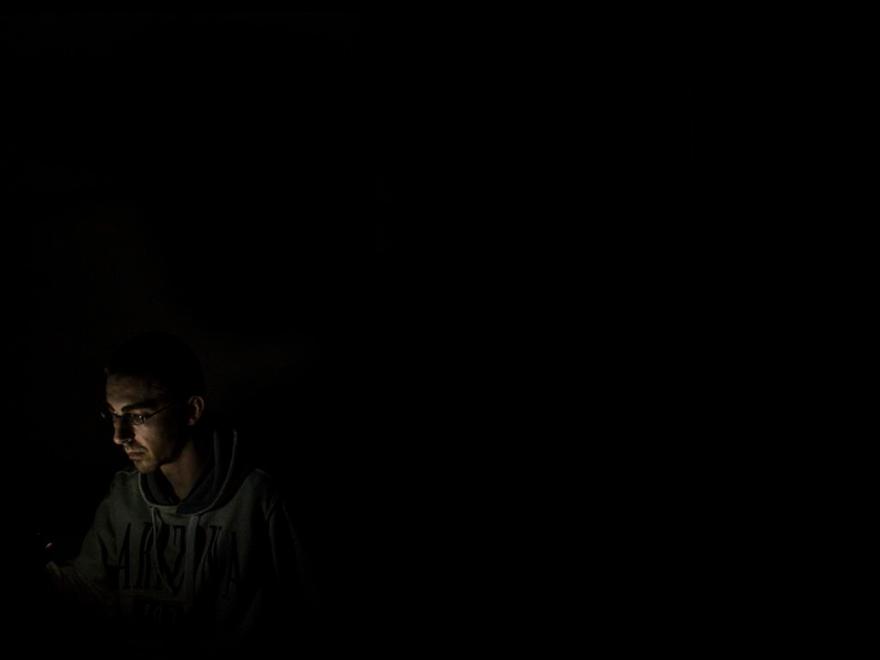 Obliviousness of users purchasing fruit and robots.
Yet unable keep to keep up the payments for their focus.
Enrolled into a clique and don’t know who the top dog is.
How low will we go, don’t you know it isn’t joy this brings?

Kids are taunting other kids for the fun of it.
They don’t use stance or wit, they just switch it on and put it in their fist.
They’re trying to get in the loop but can’t, and they are dismissed.
We condemn because we know, and we revel its killing them.

Why are so many people addicted? This shouldn’t have to be.
Is this us now, the human race, behaving naturally?
This is the information age, check the gauge,
We’ve got to upstage, while on-stage.

Living apart from friends, never making amends.
Eating each other alive just to survive the nine to five.
Every waking moment is on the screen, it’s routine.
Spending all our currency in front of us, a slot machine.

Trolling, complications and accusation.
Dividing our people, freedom of speech is in fluctuation.
We use it peace yet we contact the police.
We thought we got freedom, we thought emancipation.

Masses of sheep are together with hate.
Deceptions and indecision, no department of state.
The clock is ticking, but there is no ending,
But we will survive to see another day!

People being born today, already plugged in and afflicted.
Family roles and values are so conflicted.
Take out my battery or plug me in.
I’m busy on Twiter, this is my skin.

We’re disconnected from us, we’re hyper-connected to strangers.
Whatever happened to exchanging with your neighbours?
Disillusioned ourselves with the screen of pleasure!
And the damage that we’ve done will last forever.

Posted on November 2, 2014 Posted in Photos, Prose, UncategorizedLeave a comment

There’s something to be said about metadata, some view it as about about privacy, security and big brother collecting data which we all share in real time on social media and in private emails. We treat the subject openly, or naively exhorting ourselves from the subjection of photography.

Yet, simply posing for a photograph in this particular demonstration (regardless of political persuasion) can bring an arrest because the police are collecting surreptitious photos for later scrutiny and identity matching. – Analogue metadata?

The act of participating here is a harmless act of support, yet in Hong Kong it’s an act of courage and defiance.